Die Gesellschaft DGS develops and produces films and programs that are unique propositions with a high international marketability. Emphasis is laid on the discovery and development of new ideas and talents, the building of strong networks and brands and on exploring new ways to think in the business.

Michael Henrichs has worked on short films, feature films, series and documentaries as producer, co-producer, associate producer, writer and director. Michael’s films have premiered at festivals in Cannes, Venice, Berlin, Toronto and Sundance amongst others and won multiple national and international awards.

Two of Michael’s films have been national submissions to the Academy Awards - for Sudan (YOU WILL DIE AT TWENTY by Amjad Abu Alala) and South Africa (SEW THE WINTER TO MY SKIN by Jahmil XT Qubeka).

Previous positions include vice-chairman for communications at German Producers Association, co-director at Clinik Kathmandu, head of production and distribution at Greenlight Media and head of creative- and international producing at internationale filmschule köln (ifs). Michael regularly serves on selection committees and juries and advises on script development and production of fictional and documentary films in various professional development programs.

Michael was awarded the Hamburger Produzentenpreis Europäische Kino-Koproduktion 2019 for his work on YOU WILL DIE AT TWENTY.

DGS is a member of the Produzentenverband. 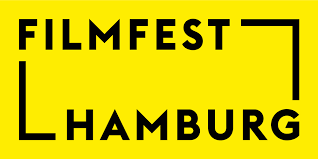